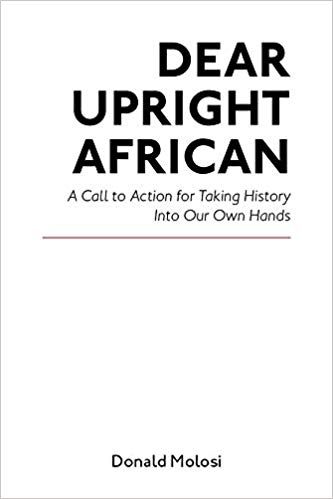 versandkostenfrei ab 50,- Euro
In den Warenkorb
Donald Molosi is a Botswana-born actor, writer, playwright, and activist. Molosi debuted off-Broadway in 2010 as Philly Lutaaya in Today It's Me, making him the first Motswana to perform off-Broadway. In 2011, Molosi won the Best Short Solo Award at United Solo Theatre Festival for his performance as Seretse Khama in BLUE, BLACK AND WHITE. In 2013, Molosi returned off-Broadway to perform MOTSWANA: AFRICA, DREAM AGAIN. In 2016, The Mantle published a collection of these two plays about Botswana, WE ARE ALL BLUE, for which former Botswana president Quett Masire wrote a foreword. In the same year, he acted opposite Academy Award nominee Rosamund Pike and Emmy nominee David Oyelowo in A United Kingdom. Molosi also appears in 2063 (2019), opposite award-winning actor Thabo Rametsi (Kalushi, 2016).
Literary Nonfiction. Post-Colonial Studies. Education. African Studies. "Upright African, we need a revolution in education to take our history back into our hands, and to perform it through our eyes for humanity and ourselves. Without question, our African histories are under siege by those who would rather we believed that Africa has no history and that colonialism is over."--From DEAR UPRIGHT AFRICAN

"In this manifesto, Donald Molosi shows us what a decolonized Africa would look like. This matter is vital for people in school today. It is this sort of activism that our continent needs now."--Binyavanga Wainaina

"Palpably outraged, Molosi reminds us--sharing vivid examples--of how the metaphysical and physical engagement of empire with the African continent formed a carefully orchestrated strategy whose end result was to inflict large numbers of Africans, including African elites, with a chronic, debilitating self-hatred. Drawing form his extensive reading on the subject, Molosi offers practical remedies for the devastating crisis he chronicles."--Tsitsi Dangarembga