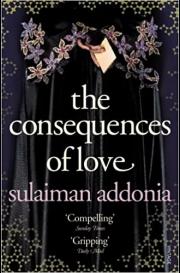 Since Sulaiman Addonia lived and studied in Jeddah, Saudi Arabia, in his early teens, his debut novel The Consequences of Love (Die Leibenden von Dschidda, Hoffmann und Camps 2009) published by Chatto and Windus in 2008 offers authentic insides of the life in Saudi Arabia in the 1980s. Playing during this time the novel tells the story of the young refugee Naser who, together with his young brother, fled to Saudi Arabia to avoid the war back home in Eritrea.